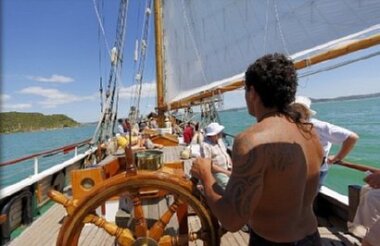 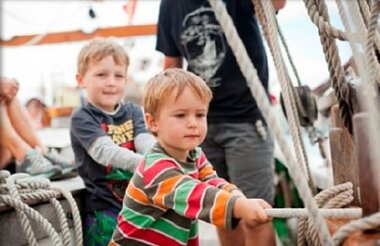 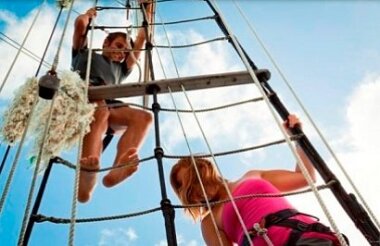 Experience the Bay of Islands the old-fashioned way with a cruise on the R. Tucker Thompson, a traditional gaff-rigged schooner with her own unique history. On the Full Day Sail, be as active as you like – take the helm, help set the sails, ride the bowsprit and climb the rigging – or simply relax while the crew command this impressive ship as she sails across the Bay. During your sail, the crew will share some of the rich history of the area with you. Step ashore and explore a secluded island or take a swim while your barbeque lunch is prepared.
About the R. Tucker Thompson - Built from 1970-1985, the R. Tucker Thompson’s design is based on the halibut schooners of the North West American coast. With a lofty rig of varnished oregon spars, Kwila decks and bulwarks and brasswork features, she looks the part of a 19th century working ship: purposeful and square-shouldered, but fast enough to out-run the law!